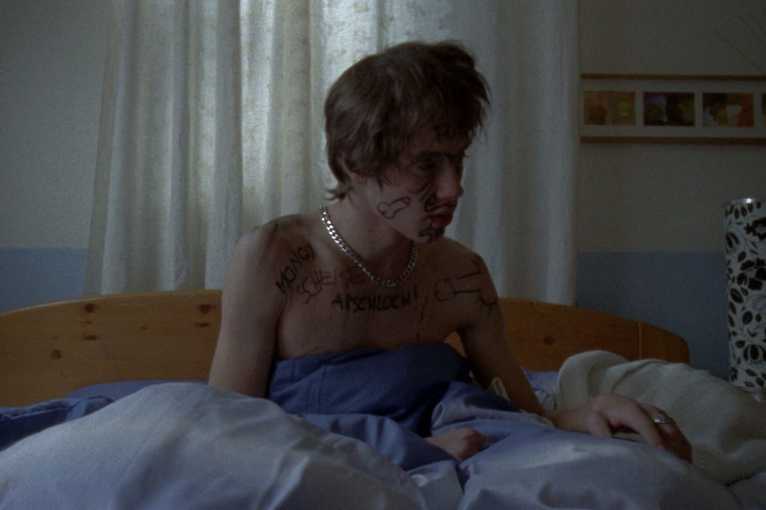 In The Middle Of Nowhere

44/85 Foot’-Age Shoot’-Out / Kurt Kren / Austria 1985 / 3 min. – It became easier to understand Kren’s method of approaching film when he illustrated his matter-of-factness with a story: he was asked to shoot and deliver a film for a festival, given four day’s notice, which he did (foot´-age shoot´-out). He normally takes a long time with a film, this one he terms a “rape.” He removed his name and copyright from the piece. “Probably my last film.” I asked whether he’d ever seen a print. “Yes, it’s great,” he replied…

Luukkaangabgas – Updated, Revisited / Dariusz Kowalski / Austria 2005 / 8 min. – In Finland, webcams of the Finnish Road Administration permanently record pictures of all important roads. These images are then placed on the internet in an interval of fifteen to thirty minutes. Before their departure, the Finns can therefore first take a look at the images of their streets to decide whether they want to use them or not.

Maybes / Florian Pochlatko / Rakousko 2012 / 34 min. – Maybes is a reconstruction, the replica of a complex emotional world made of desire and aggression: a teen film. Director and screenwriter Florian Pochlatko explores the agonies of adolescence and the rage and frustration caused by being dissatisfied with oneself.

Rotation / Herbert Distel, Petra Otahal / Austria 2015 / 15 min. – Like a child who spins around its own axis with twirling arms, and takes the ensuing dizziness into account for the sake of the joyous sensual adventure, in this arrangement, too, play and consequent performance converge to subvert conventional forms of awareness.

Carte Noire / Michaela Grill / Austria, Canada 2014 / 2 min. – White flashes in the dark of the night. As though etched out, dabbed in. Flickering specters, ghostly visions. A veritable phantom ride, a film of tension.