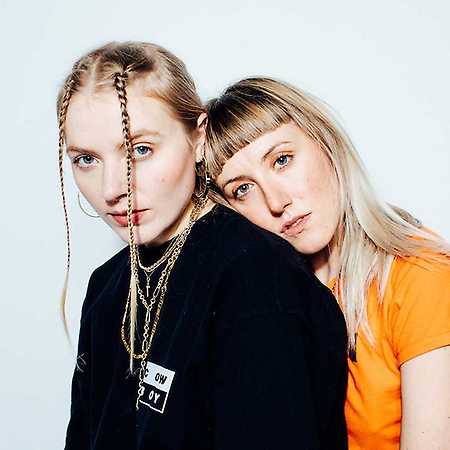 The contemplative electronic pop of Ider is highlighted by the dual lead vocals of songwriters Megan Markwick and Lily Somerville, who fall in and out of unison and harmonies. Their typically spare, melancholy tone was introduced on the single “Sorry” in 2016. Markwick and Somerville met in the early 2010s at the University of Falmouth, where they did a music project together and played in a couple of the same bands. It was during this period in Cornwall that they began writing together. The pair remained friends and later launched Ider as roommates in North London. Their 2016 debut track, Sorry, was self-produced and self-released. Pop singer/songwriter/producer Shura took an interest in their sound and produced the duo’s debut EP, Gut Me Like an Animal. Featuring a mix of a cappella, ambient electronics, and more rhythmic pop, it was issued by Aesop in March of 2017. In the meantime, BBC Radio 1 began playing their songs, and Ider signed with Glassnote Records before releasing Learn to Let Go and Body Love in the second half of 2017. Featuring production by Rodaidh McDonald (Adele, the xx), You’ve Got Your Whole Life Ahead of You Baby followed in mid-2018.