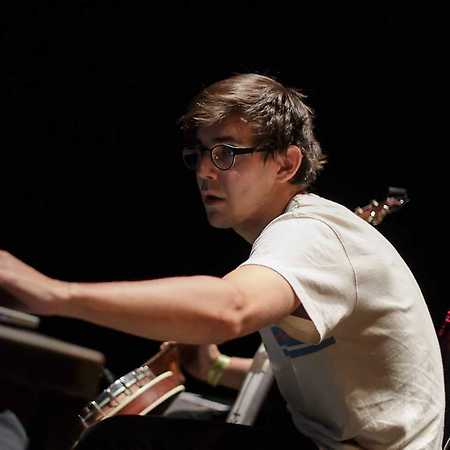 Havana Cuba, and then Lima, Peru, and lived in Prague between 2005 and 2013, when he moved to London to study composition at the Guildhall School of Music & Drama. After studying jazz guitar with David Dorůžka and Petr Zelenka, Ian opted for a composing career after studies in composition with Tomáš Pálka. His work reflects the influence of the jazz background as well as a slight Latin American tinge, whilst also being involved with multi-media productions, music for the theatre and film and the semantic possibilities of music combined with image or text.