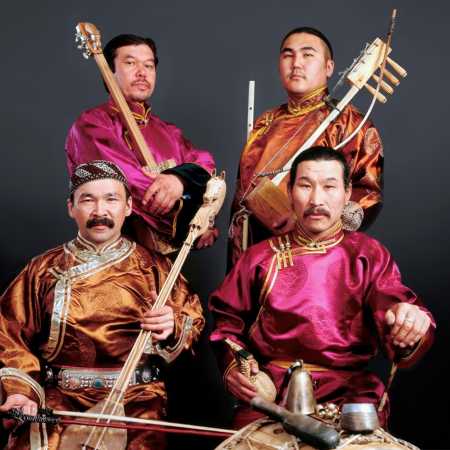 File Huun Huur-Tu-comes from the Siberian city of Kyzyl, the capital of Tuva, an autonomous republic of the Russian Federation. Tuva became legendary famous among fans of throat singing, to which the file belongs. Since ancient times here in this way they sang the original inhabitants of the Siberian taiga. When singing throaty one singer can sing at the same time two or three tones. It uses the aliquot sounds, which achieves a special vocal technique that selectively expands natural harmony voice. Huun-Huur-Tu accompany his singing traditional musical instruments.

The group was founded in 1992. It aims to become a restoration of ancient traditions, the resurrection of the old and forgotten songs, but the members of Huun-Huur-Tu are dedicated not only traditional musical arts, inserted into other elements. Group represents the most popular genre of music tuvanské, xöömei (throat singing). Her performances can be compared to the lexicon of musical imitation, in which the sounds are converted into a mimetic nature of musical pictures. – Translated by Automatic service