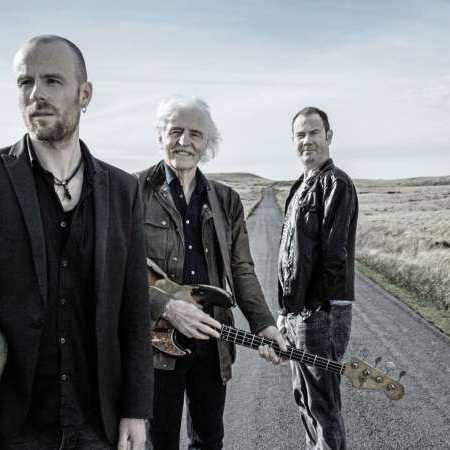 The band Hundred Seventy Split was founded in 2010 by the bassist and Ten Years After founding member Leo Lyons together with singer and guitarist Joe Goch, who also was a founding member of Ten Years After. The band is completed with drummer Damon Sawyer, a popular studio musician and producer who has played and worked with numerous famous artists.

In 2010, Hundred Seventy Split – in this time still meant to be a side project – released their debut album The World Won’t Stop. Then, in 2014, a new beginning for the band followed: after Joe and Leo left Ten Years After in 2013, they decided to fully concentrate on their new project. In February of the following year they released the album HSS.

In their live shows Hundred Seventy Split also play famous Ten Years After classics besides their own, new songs, and so the shows attract both old and new fans.