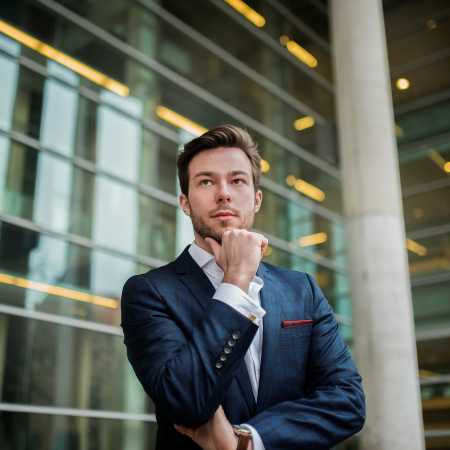 Born in Poland, tenor Hubert Walawski, graduated in 2014 Ignacy Jan Paderewski Music Academy in Poznań (Poland). During his music education, he made the first steps on the opera stage as Prince Bougrelas in Kristof Penderecki’s “Ubu Rex” in Baltic State Opera in Gdańsk and as the Hero(main role) in “The Angel of The Odd” by Bruno Coli in Opera House in Poznań. For the role of Prince Bougrelas Hubert Walawski has been awarded „Jan Kiepura” Theatre Music Award for The Best Male Opera Debut 2014. He is also the winner of Special Price of Associacion of Artists of Polish Stages (ZASP) on the 10th International Vocal Competition „Golden Voices” 2015 in Warsaw. He was improving his vocal skills during 1st European Academy of Vocal Art in Silesian Opera in Bytom, Académie Européenne de Musique of Festivals Aix-en-Provence in France and in Opera Academy of the Grand Theatre – National Opera in Warsaw. Between 2014 and 2016 Hubert Walawski was one of the members of the Operastudio in Deutsche Oper am Rhein in Düsseldorf where he performed following roles: Tamino „Zauberflöte für Kinder”, Belmonte „Der Opernbaukasten”/„Die Entführung aus dem Serail”, Normanno „Lucia di Lammermoor”, Messenger „Aida”, The Prince of Persia „Turandot”, The Officer „Ariadne auf Naxos”, and Prince in world’s premiere of „Die Schneekönigin“ by M. F. Lange. From the season 2016/2017 Hubert Walawski is the solist in Die Theater Chemnitz – Oper Chemnitz in Germany.