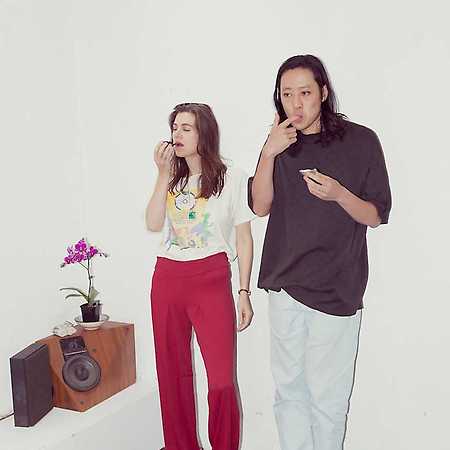 Htrk  You Know How To Make Me Happy

One of the most recognized Australian bands formed in 2003 in Melbourne as a trio of vocalist Jonnine Standish, bassist Sean Stewart (died 2010) and guitarist Nigel Yang. The first HTRK concerts caught the attention of Rowland S. Howard, guitarist of The Birthday Party, who produced the already classic debut Marry Me Tonight. In 2006, the band moved to Europe and signed contracts with blastfirstpetite and Ghostly International. Work on the next album was interrupted by Stewart’s suicidal death, but the other members decided to continue their work, which resulted in the _Work (work, work) _ released in 2011. After returning to Australia in 2012, Standish and Yang set out to the desert of New Mexico to record the meditative Psychic 9-5 Club there. In 2019, the band released the album Venus in Leo.