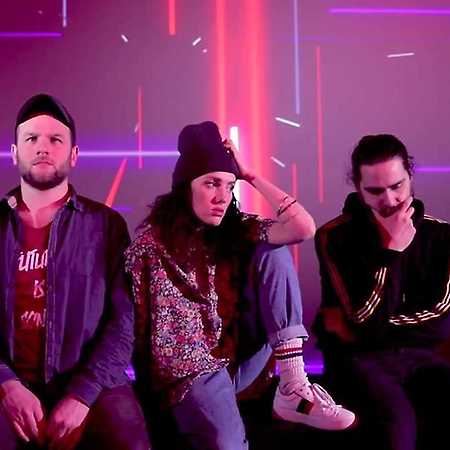 HOMIE is a Berlin based band that connects elements of Hip-Hop, Jazz and Neo-Soul into a unique crossover sound. Spacy and dreamy chords come together with energetic grooves and honey dripping vocals, which despite their sweetness, deliver a shattering and honest content. The band’s rapper and singer, Maura Souloud, released her first Vinyl _Beats Vers_s Bad Karma_ in 2015, with which she became a well-known name in the local hip hop scene. In 2017 she teamed up with some of Berlin’s finest jazz musicians who share her passion for hip hop: Pier Ciaccio (IT) on drums, Or Rozenfeld (IL) on bass and Tobias Meyer (GER) on guitar and synthesizer. HOMIE played in several well known venues in Germany, including Cassiopeia, Funkhaus, Olympic stadium of Munich and Cony Island in Leipzig, among others. One of the highlights of these shows was when the band opened for the international hip hop icon Illa J.