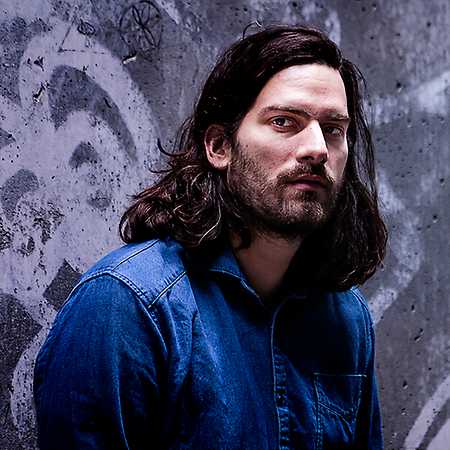 Homeboy  You Make Me Go Crazy

Raised between Germany and Croatia, Homeboy’s music is as much inspired by the natural majesty of the Adriatic as it is by the frenetic pulse of cities like Frankfurt and Berlin.

In fact a young Homeboy, then known simply as Marko Pelaic, took his first swimming stokes in the waters around the golden beaches of what is now Barbarellas, the sunrise venue on the Dalmatian Coast loved by dancers worldwide. It is safe to say that Homeboy has found something of a springboard for himself in Berlin. Through a much coveted residency at one of the cities most exciting clubs, Salon Zur Wilden Renate, he is able to bring together all of his ideas into one place, riding it out regularly as a DJ and Live act with the best in the business.

Before this he was busy in Zagreb immersing himself in music through the clubs, music journalism and the city’s then numerous record stores. Although this was the place he got deep into electronic music, his ambitions soon outgrew the Croatian capital. A quick phone call in 2015 to Renate resident Swift was all it took for him to join their lively and close-knit team of residents. While being a whole lot of fun, this can only feed back into the depth and breadth of his selections.

After dabbling with rave in the late 90s in the Sibenik area, 2001 saw him dive into the techno mecca of Frankfurt. Following a spell playing in bands and listening to drum n bass and trip hop, it was when the Hardwax catalogue arrived at his local record store he knew he had found his direction. Add the dreamy Italian sounds drifting across the border to his native Croatia through the radio and you can see where Homeboy’s sound comes from and why it is so difficult to pigeon- hole.

It was at Zagreb’s famous Masters and Sirup clubs that the young artist had the chance to shape his skills as one of the scene’s premier live acts. This unconventional route saw Homeboy cultivate successful residencies as well as connections to the Burek crew. The Croatian label added him to their impressive international roster in 2011 with the honour of remixing Kink’s Leko. Staple UK labels such as Hypercolour and Wolf Music were soon in line to enlist his talents.

After gaining a foothold with these well-received releases, the time came to put his own stamp on music and with invaluable help from Janis and Oliver Achatz, House is OK arrived in 2012. Now with a established discography the label’s roster includes luminaries such as TCB, Roman Flügel and Kornel Kovacs while as a label boss he is also the main source of music for the label.

Of course lately the attentions of the electronic world have fallen on Croatia, with pioneering festivals bringing the very best talent to the country each Summer. Of course your Homeboy has been there from the start, spinning regularly at top beach and boat parties every year.