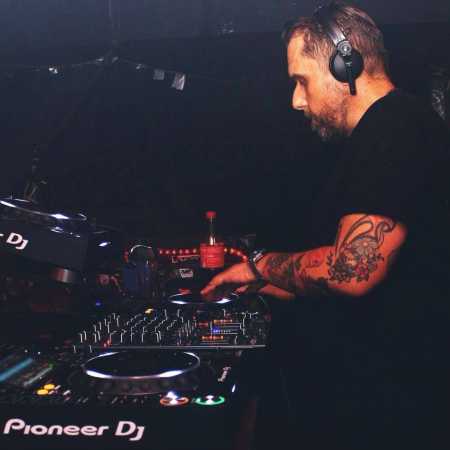 It was 1989 when Holgi Star moved to Berlin and so he got known to the techno culture from each possible point of view. He started working for Frontpage, the most important print media of the scene at this time. In the mid-nineties, as the founder of Timing Records, he became a pioneer of breakbeat. Meanwhile, he is also known as the heart and soul behind the Berlin labels Kiddaz.FM, Stylerockets, Rompecabeza, Micro.fon and Playmate Music.

As a producer, Holgi Star takes profits from his huge repertoire and his know-how of the last two decades. Beside numerous solo projects he released with DJ Emerson, Dave Shokh, Tony Rohr and Holger Flinsch, with whom he also appears as the duo Flinsch’n’Nielson.

The Holgi Star Sound from back then was produced together with his friend, homie and “bro” Harry Axt aka Daniel Steinberg, who got virtually discovered by Holgi and promoted on Kiddaz.FM and Rompecabeza.

In 2003 his debut album Star Wars was a real bombshell all around the globe, in Japan the club crowds were so obsessed with the title track that it was downloaded thousandfold as a ringtone. A club tour with 15 cities in Brazil built up a good reputation in South America.

But during all those travels he never disregarded producing in the studio. So he made remixes for Die Ärzte (Rock’n’Roll Übermensch), Sonic Groove owner Frankie Bones and Evil C & Dave the Hustler. On the mixtape Roadtrip, released in 2008, Holgi Star presents himself on top of his form, sticking to his true style: pumping techno with a lot of soul.