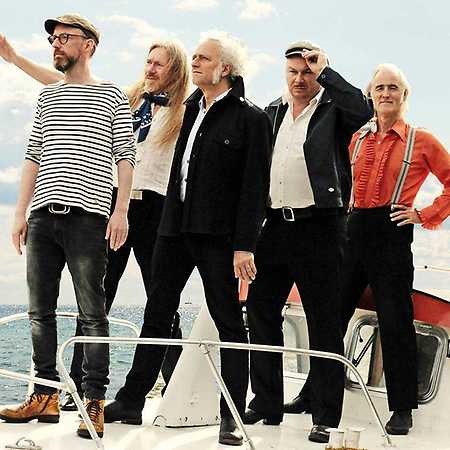 Hiss is a German folk-rock polka band from Stuttgart, which was formed in 1995 and since then has released several albums, and had various television appearances and radio features. The style of Hiss, which the band members themselves define as Polka’n’Roll, is an idiosyncratic mixture of folk music and roots of all kinds with Rock’n’Roll. Blues, country and Latin American influences play a role as well as polka and waltz. The accordion as lead instrument, the vocals by Stefan Hiss, as well as the harmonica by Michael Roth form the foundation of the typical Hiss sound.