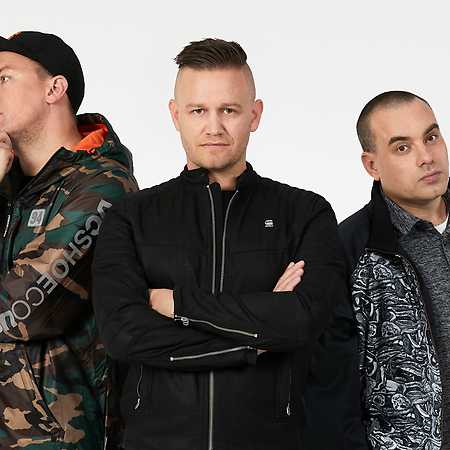 Hilltop Hoods is one of most recognizable Australian hip hop groups that includes Suffa, MC Pressure and DJ Debris. They released their first EP Back Once Again in 1997 and managed to record seven studio albums over the years. These include Left Foot, Right Foot, The Calling, State of the Art and Walking Under The Stars. In addition, they have recorded three DVDs: The Calling Live, The City of Light and Parade of the Dead. The most famous songs of Hilltop Hoods are Cosby Sweater, recorded with Montaigne and Tom Thum 1955 and The Nosebleed Section.