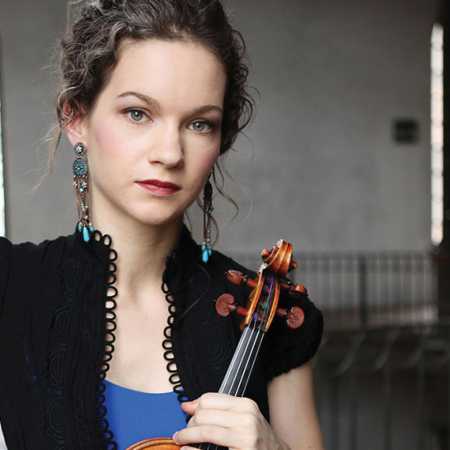 The American violinist Hilary Hahn is one of the most sought-after performers of the present time. She began playing violin already before her fourth birthday and at the age of ten was admitted to the famous Curtis Institute of Music, where she studied with the world-renowned Russian-American violinist Jascha Brodsky. At eleven she debuted as a soloist with the Baltimore Symphony Orchestra. Her first performance in Europe was at the age of sixteen in 1995, when she performed Beethoven’s Violin Concerto in Munich with the Bavarian Radio Symphony under Lorin Maazel. Hahn appears with the most important orchestras and conductors of the world and is regularly invited to prestigious international music festivals. Her discography comprises almost two dozen recordings for Deutsche Grammophon and Sony Classical. She is known for her efforts in promoting contemporary music; several composers, including Edgar Meyer and Jennifer Higdon, have written works especially for her.