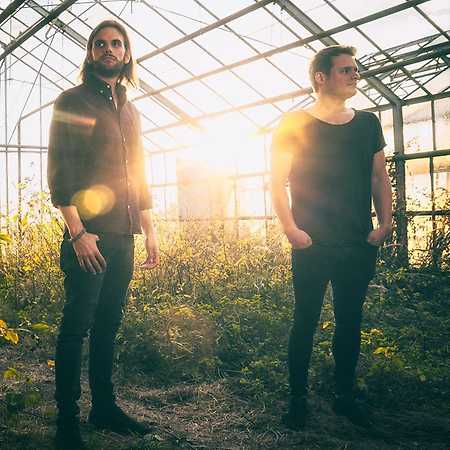 By sharing a musical vision of creating an impulsive, deeply moving soundscape, using the very essential and deepest elements of House and Techno, Branko and Niklas decided to start their live project Hidden Empire.  The corresponding result is a floating, emotional journey through a distinctive mixture of genres. The euphoric and uplifting combination of straight drums and hypnotic melodies is made for enormous sound systems and long club nights. In 2015, Oliver Koletzki discovered their potential and gave them the chance to release their first tracks on his label Stil vor Talent, including a remix for the label boss himself (Lyéwaye Remix EP).  To build on this successful start, there have been more releases in 2016 on Stil vor Talent, Traum Schallplatten and Trapez. One of the highlights in 2016 was the great success of their Stil vor Talent Live Session. 2017 started with massive EP’s on Stil vor Talent, Suara, Traum Schallplatten and Filth on Acid which engendered high chart placements on Beatport and great support by some techno heavy weights.