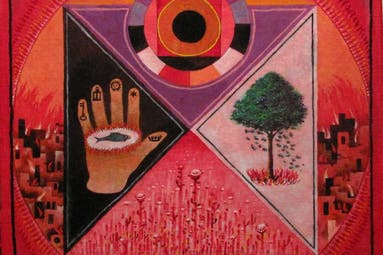 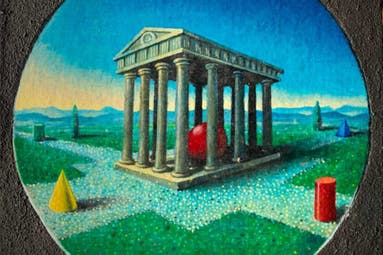 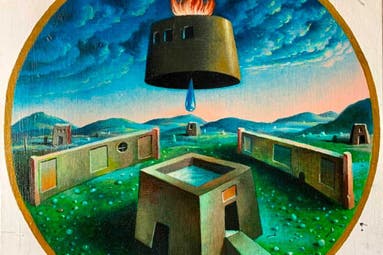 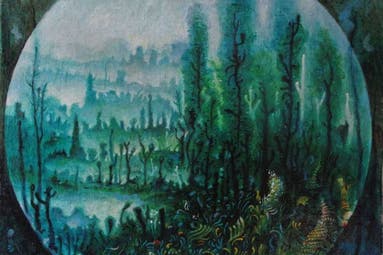 As part of his solo exhibition, the Silesian artist Henryk Waniek will present not only the works from his series 'The Square of the Circle', realised between 2018 and 2022, but also older works with a strong aura of mysticism.

Henryk Waniek is one of the defining figures of 20th-century Silesian art; he was part of the legendary Oneiron group, and his surrealist paintings and literature helped define the esoteric-mystical artistic tradition of this land. The squaring of the circle in the title concerns the insoluble mathematical problem of constructing a square whose area would be equal to the area of the circle inscribed in it. For alchemists, on the other hand, the squaring of the circle is a symbol of the union of opposites (Heaven and Earth, spirit and body, male and female elements) and, as a synonym for the legendary Philosopher's Stone, is the key that opens the gates of total cognition and illumination. In his art, following the example of the alchemists, Henryk Waniek proves that what is irrational from a scientific point of view can find realisation in an esoteric process of spiritual transformation.

In reference to the title of his latest series of paintings, Waniek constructs most of his compositions on the basis of a circle inscribed in a square. Sometimes he fills it with idealized, fantastic landscapes, saturated with a multitude of meanings, in which complex, labyrinthine spaces or multi-walled crystal blocks levitating above the landscape dominate next to gardens of paradise. At other times, the artist gives his works the character of symbolological tableaux, on which, in simple visual attributes, he presents the viewer with a compendium of alchemical knowledge.