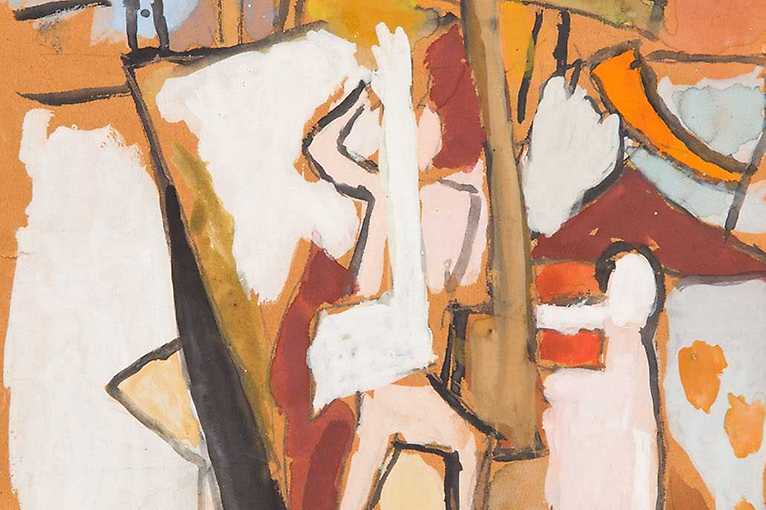 This exhibition of Museum of Modern Art in Warsaw focuses on the work of the Polish–Jewish Modernist Henryk Streng (after WWII Marek Włodarski, 1898–1960). He was active as a painter in interwar Lwów (now Lviv, Ukraine) and postwar Warsaw. However, this is not a monographic show since Streng / Włodarski is first and foremost a figure who disrupts established conceptions of 20th century Polish art.

He is someone who contributes to the decolonization of knowledge about the culture of this part of Europe. He developed an original take on Modernism, before becoming a rather unorthodox Socialist–Realist. Streng / Włodarski drew on Polish–Jewish culture, was a Holocaust survivor and continued to maintain an identity rooted in genocide. He was a witness to history and bore the brunt of the dehumanizing experience of two totalitarian systems: Nazism and Stalinism. Tracing a path through his life and works, this exhibition offers insight into artistic phenomena that were of crucial significance to Central and Eastern Europe before, during and after the Second World War.

Rather than refer to the French Avant-garde, it sheds light on local adaptations of Modernism. It peels back the surface of Socialist–Realism to reveal a broad spectrum of socially-engaged art, including 1930s Factorealism and socialist Modern art of the late 1940s and early 1950s. In place of an exclusivist and overly homogeneous vision of Polish culture, the exhibition stresses the complexity of identity in the cultural melting pot of the multi-ethnic, Polish–Jewish–Ukrainian city of Lwów (Lviv). It also focuses attention on the limit experiences of the war that left their mark on artefacts from the camps, on artistic objects and on artworks.