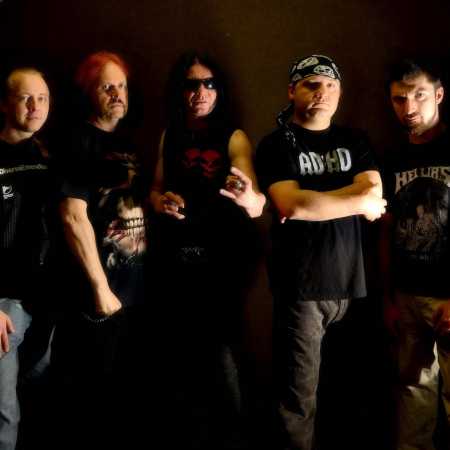 Hellias  Closed in the Fate Coffin

Formed in Kraków in March 1987, featuring Foreman on vocals, Goolary and Eno on guitars, bassist Bania and drummer Wojna. The band recorded their first demo, after playing some shows in small clubs in their home country, entitled Revenge of Hellias. They appeared at numerous Polish festivals like Metal Meeting '88 in distinct cities, winning some band contests. After a period of inactivity, Hellias was reactivated in 1999 and recorded a demo called Renegades of Fortune. New additions guitarist Karol Mandozzi and former Cemetery of Scream bassist Jacek Królik were introduced in 2004. They signed with Luciforus Art Productions in 2005, which reissued the first 2 records, plus the demo Revenge of Hellias. Nuclear War Now! Productions released the first demo and Noc Potępienia in America. The band entered the studio in late-2008 to record material for a new album, A.D. Darkness, which was published in 2009. Festival dates followed in Kraków and Berlin.