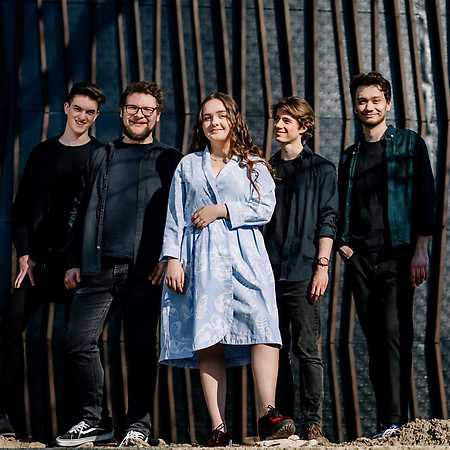 Heima is a Lodz-based band formed in late 2017 on the initiative of Olga Stolarek – vocalist and songwriter. The character of the songs is shaped by her engaging vocals combined with atmospheric guitar parts, atmospheric sound of trumpet and piano and an original rhythmic layer. Styles of playing and musical inspirations of the members of the formation permeate each other and despite the huge diversity, they create a combination with an intriguing, oneiric aura. The band has given several dozen concerts, including festivals. They have performed at Soundedit, FAMA and Songwriter Łódź Festival, among others. In 2020, they became winners of the Soundedit Spotlight award presented as part of a competition co-organized by the Soundedit Festival and Radio Łódź. The artists cooperate with Paweł Cieślak, a musician and producer from Łódź.