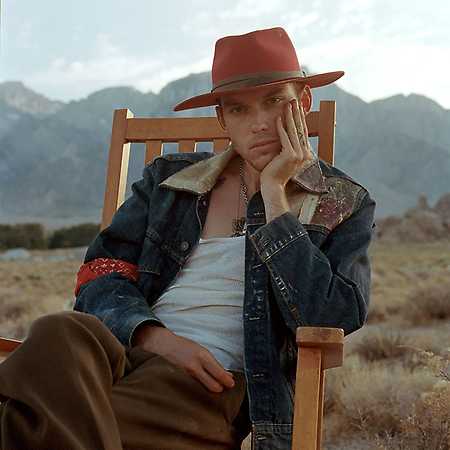 Harry Hudson is a singer-songwriter of folk rock and pop music.
Early on, he was interested in rap music, but in 2011 he met John Atterberry, the former vice president of Death Row Records, who encouraged him to sing. He already enjoyed pop music, but came to appreciate the country sounds of Johnny Cash, Hank Williams, Kris Kristofferson and Willie Nelson as well as Bob Dylan and Bruce Springsteen. He began to write songs and sing them.
In Los Angeles, Hudson met Kylie and Kendall Jenner, who promoted his music on her social media. That affiliation led to him meeting siblings Willow and Jaden Smith, and ultimately to the formation of MSFTS, an “art collective and lifestyle brand that encompasses music, fashion, education and more.”

His debut album Yesterday’s Tomorrow Night was released on Jay-Z’s Roc Nation record label in 2018.
The single Yellow Lights went Top 10 on Spotify’s US Viral chart, and Hudson was named one of Pandora’s Artist to Watch 2018 on the music streaming service.

Hudson sold out his first-ever headlining shows at the Troubadour and at Brooklyn’s Rough Trade in 2018. Also in early 2018, he made a Pandora 2018 SXSW appearance and performed on the Bud Light 2018 SXSW stage as well. Hudson opened for Kygo on the Kids in Love Tour 2018.