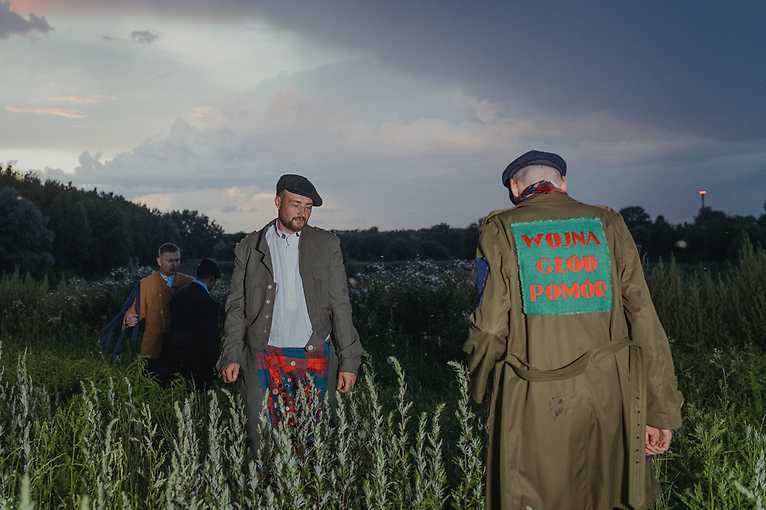 Nobody did anything to us, or the story of how 1940 Poland, together with England and France, crushed the German Reich and became the hegemon of Central Europe. Hańba! will return to Warsaw in an appropriate club setting.

On its latest album, Hańba! follows even more closely its musical and literary concept established almost a decade ago, with which it consistently proves that (post)punk originated in the backyards of Krakow and Warsaw in the early 1930s. It is supported in this by Ziemowit Szczerek, creator of the shame universe (Rzeczpospolita Zwycięska) and author of most of the sung lyrics.

Hańba! is a fictional concept whose characters condemn the evil of the world around them at the turn of the 1930s and 1940s with the words of interwar poets, both well-known (Tuwim, Broniewski) and less well-known (Szymański, Ginczanka, Szenwald and others). In 2018, the band was honoured with the Politics Passport “for a musical-literary-political reconstruction that has a surprising effect: it creatively refreshes the folk and punk formula, while accurately describing today's Polish conflicts and threats”. In 2020 Hańba! was awarded a Fryderyk for their short-play album 1939 – Album of the Year in the World Music category. Orkiestra zbuntowana is also the winner of the Grzegorz Ciechowski Award (2017) and the Czesław Niemen Award (New Tradition 2014).