Hammerfall is a Swedish Heavy Metal band from Gothenburg, Sweden. The band was formed in 1993 by ex-Ceremonial Oath guitarist Oscar Dronjak. Since the mid-1990s he has been bravely supported by the excellent vocalist Joacim Cans. The line-up of Hammerfall has included musicians who collaborated with Dark Tranquillity, In Flames and Yngwi Malmsteen's band. Shortly after Cans joined Hammerfall, the band recorded their well received debut Glory To The Brave (1997). The second album, Legacy Of Kings (1998), made an even bigger impact on the scene. Both materials are now classics of the genre, as well as the 2000 album Renegade. 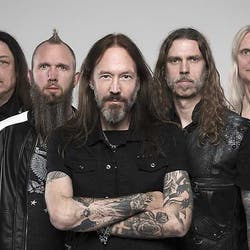 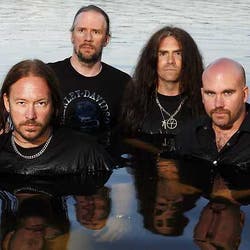 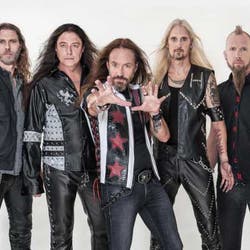 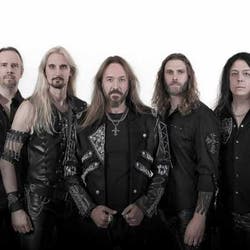