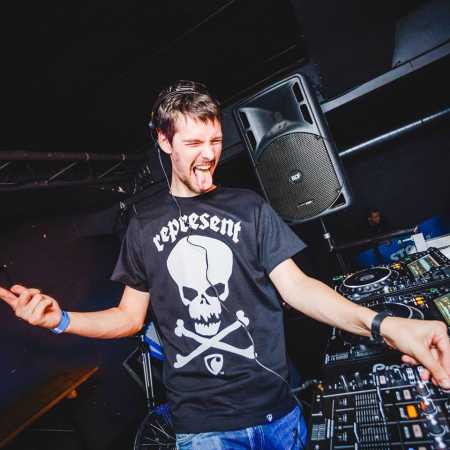 DJ Halbax, a native of Prague from Moravian descent has devoted himself to music since his childhood. In 2003 he was enthralled by the beauty of electronic music. At this time he was captivated by the magic of the drum and bass genre, driving him to not only listen, but to create.

In early 2008 he acquired his first turntables, started building his record collection and taught himself to DJ. This was a significant year for DJ Halbax, as he commenced a collaboration with Prague DJ and producer outfit “The Edge”, consisting of DJ N-Cora and DJ Sokre. The group was later enriched by the addition of DJ ADZi from freelabel “Fretnoiz”. The following year the group disbanded causing DJ Halbax to go his own way. 2012 was a turning point for DJ Halbax, he began to play using 3 players, yet still occasionally playing from his trusted vinyl collection. In 2012 he was also picked up by booking agency “sety.cz” and immersed himself into other electronic music genres such as electro house and dubstep, always remaining faithful to his dirtier urban style.

He peformed on various radio shows, including tv.sety.cz, 175bpm.tv as well as providing performances in many of Prague’s best-known clubs, such as Chapeau Rouge, Cross Club, Matrix, Toaster, and many more. DJ Halbax is also a familiar face at various events across the Czech Republic and summer OA festivals.