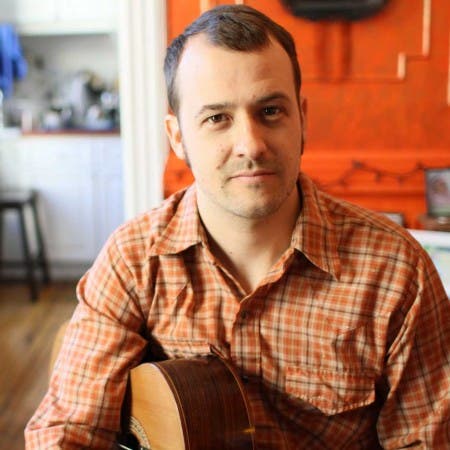 Gyan Riley is an American guitarist and composer. He is a son of minimalist composer Terry Riley. They frequently collaborate, including a tour in Europe in September 2016. Gyan Riley studied at San Francisco Conservatory of Music. He released his solo album Stream of Gratitude in 2013 on John Zorn’s Tzadik Records. He also performed with Zakir Hussain, Dawn Upshaw, San Francisco Symphony among others. In 2015, he released Nayive Eviyan, a collaboration with Czech violinist Iva Bittová.