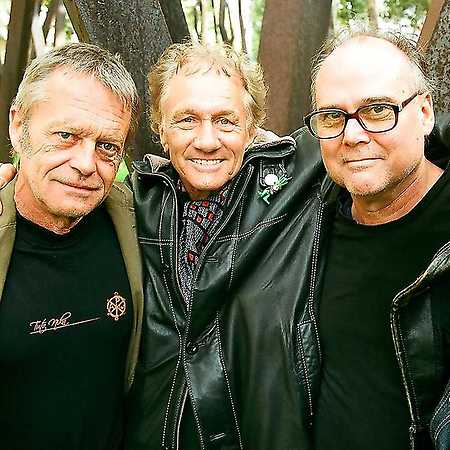 Guru Guru is a German Krautrockband that was formed in 1968 by drummer Mani Neumeier, bassist Uli Trepte and guitarist Eddy Naegeli. They are regarded as one of the most important representatives of the Krautrock genre in the 1970s. During the late 60s and early 70s their performances had a strong political aspect to them. They would read political texts between songs and play in prisons every now and then. The band’s line-up has changed several times, partly due to Mani Neumeiers central role in the band. Guru Guru has released more than 40 records which have been sold more than 500 000 times.