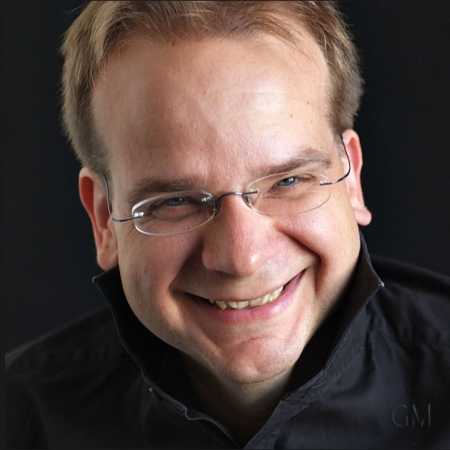 Günther Albers was born in Berlin and grew up in Westfalia. After his graduation, he studied piano in Essen and added conductor studies at Hamburg. His first engagements led Günther Albers then to the Aalto-Theater in Essen and to Städtische Bühnen Münster. In the years 1999 to 2003 he served as a musical director of the opera studio and as capellmeister at Deutsche Oper am Rhein. Here, he realized a project on historical instruments with the opera Il mondo della Luna by Joseph Haydn.

Besides his classical repertoire, he is especially interested in contemporary music. Therefore, Günther Albers initiated a row of contemporary chamber operas at Deutsche Oper am Rhein with works of John Cage, Paul Hindemith, Mauricio Kagel, Francis Poulenc und Arnold Schönberg and organized the debut of Gerhard Stäbler’s music theater Madame La Peste. Further stations brought him to the National Theater Mannheim and the Opera House in Graz, where he debuted conducting Alban Berg’s opera Lulu, as a capellmeister and musical assistant of the general musical director. He was also serving as a musical assistant at the Bayreuth Festival and the Ruhrtriennale.

Besides his position as a conductor and choir director, Günther Albers especially pursues song accompaniment and is a popular partner for chamber music.