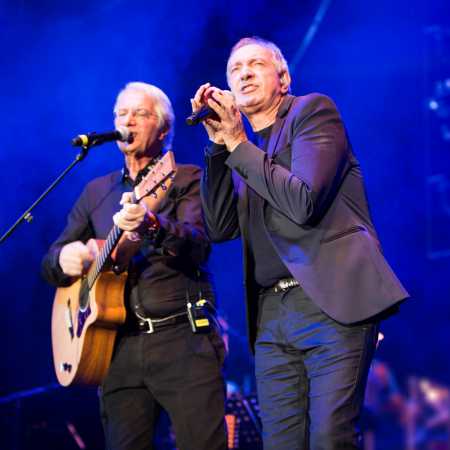 The brothers are Italian musicians born in Rocca di Papa, near Rome; Guido on 22 December 1944 and Maurizio on 22 February 1947. Their musical career started in 1963, where, after successfully publishing an LP, they became arrangers for RCA Italiana. Their success led to many more albums in which they composed, arranged, and sang the music.

Their biggest success, though, came from their work in films and television. Due to their level of popularity, they were forced to used multiple pseudonyms to avoid market oversaturation, with Oliver Onions being the most well known. Some of their popular work is from film/shows such as Dune Buggy, Sandokan, Orzowei, Banana Joe, and Bulldozer.