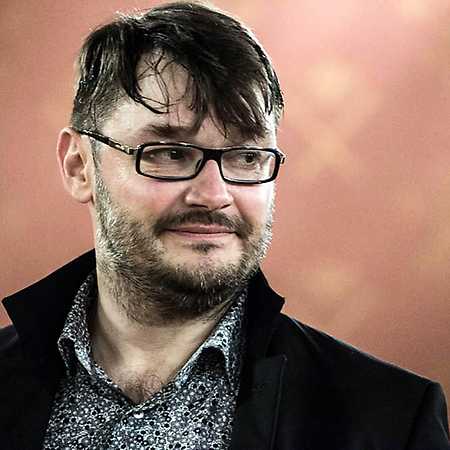 He studied at the Karol Szymanowski Academy of Music in Katowice, obtaining a diploma in the piano class of Professor Eugeniusz Knapik (1990-1995). In 2002 he completed postgraduate studies in the piano class of Professor Józef Stompel. Currently, he is a professor of the Department of Chamber Music at his alma mater. His artistic activity focuses mainly on chamber music, with particular emphasis on vocal literature. As a tutor and educator, he has participated in many vocal and chamber music courses, collaborating with such teachers, conductors and directors as: Irena Argustiene, Walter Berry, Henryka Januszewska-Stańczyk, Helena Łazarska, Bogusław Makal, Eugeniusz Sąsiadek, Leopold Spitzer, Daniel Weeks, Ingrid Kremling, Michał Znaniecki, Michael Ramach, Michał Klauza, Rudolf Piernay, Izabella Kłosińska, Włodzimierz Zalewski. As an accompanist he accompanied soloists in many vocal competitions in Poland and abroad, where he was repeatedly awarded for the best accompaniment, receiving, among others, the Jerzy Lefeld Special Prize. As a chamber musician, he has performed at many national and international concerts and music festivals (Europe, USA, Argentina, China), collaborating with many excellent singers. He has made numerous recordings for PR, TVP and CD, with a particular emphasis on Polish music (Zygmunt Noskowski’s Quartet in D minor Op. 8, Henryk Czyż's Joking Songs, Józef Poniatowski’s arias, Witold Lutosławski’s Songs, Edward Bogusławski’s Children’s Preludes, Mieczysław Weinberg’s Songs). In 2005-2012, he was Vice-Dean of the Vocal-Instrumental Department and currently serves as Vice-Chancellor of the Karol Szymanowski Academy of Music in Katowice.