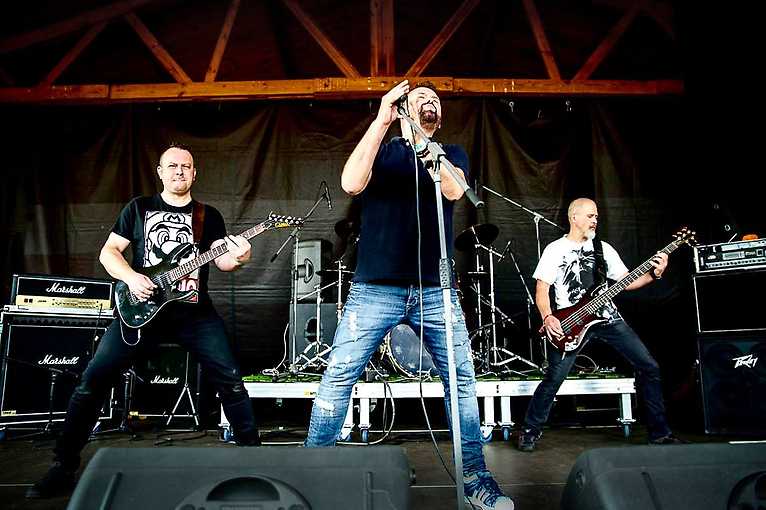 MetKa was formed in Warsaw in 2011 and 2012. The band is known for their simple, upbeat rhythms inspired by ska music combined with brash punk chords and heavy rock riffs. Their lyrics take on our reality with irony and humour. The band excels at playing live shows, which are always full of energy. They have showcased their talent at Woodstock Festival Poland in 2013 and 2014 as well as Woodstock Ukraine in 2013. They released one studio album and 2 EPs.

The origins of the creation of “Małpoludy” go back to ancient times, where “Sitek” and “Dżapan” played in a garage in a small town called Szczecinek. However, with time, their paths parted and everyone went their own way. After more than 15 years they met again, this time in Warsaw. From word to word the idea of playing together came into being, and since they didn’t want to play in a duet they started to assemble a line-up. At the beginning of 2015 “Małpoludy” started their activity looking for their own musical path. The fact that rock and roll flows through their veins can be seen by going to their concerts. During the two years of its activity, the band has played several gigs as well as cyclical events in Łódź, Łomża, Szczecinek and, of course, Warsaw. They had the pleasure to play in front of such artists as: Marek Piekarczyk or Waglewski Fisz Emade. In 2017, on the 4th of March, the moment of releasing the debut album called Małpi chuz, which was created under the supervision of Jacek Kiedo from “RedRum Studio” came.