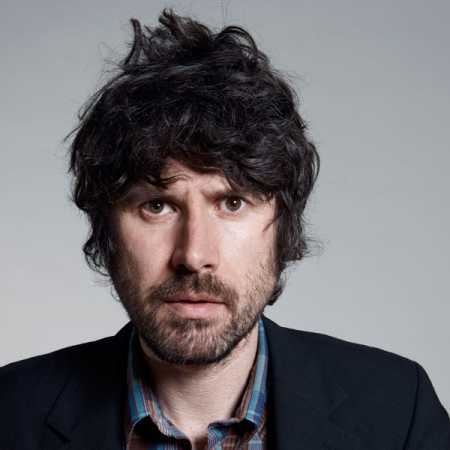 Gruffudd Maredudd Bowen Rhys, short Gruff Rhys, is a Welsh musician, composer, producer, filmmaker and author. He performs solo and with several bands, including Super Furry Animals who obtained mainstream success in the 1990s. He formed the electro-pop outfit Neon Neon with Boom Bip. Their album Stainless Style was nominated for the 2008 Nationwide Mercury Prize. He won the 2011 Welsh Music Prize for his album Hotel Shampoo. His second latest solo album, American Interior, was released in May 2014 and accompanied by a film, a book and a mobile app.

His latest album, called Babelsberg was the first one Rhys arranged together with an Orchestra.