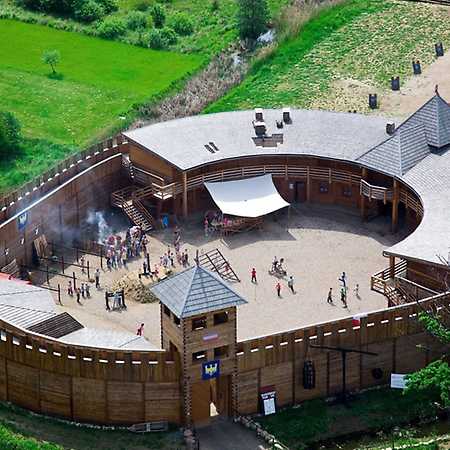 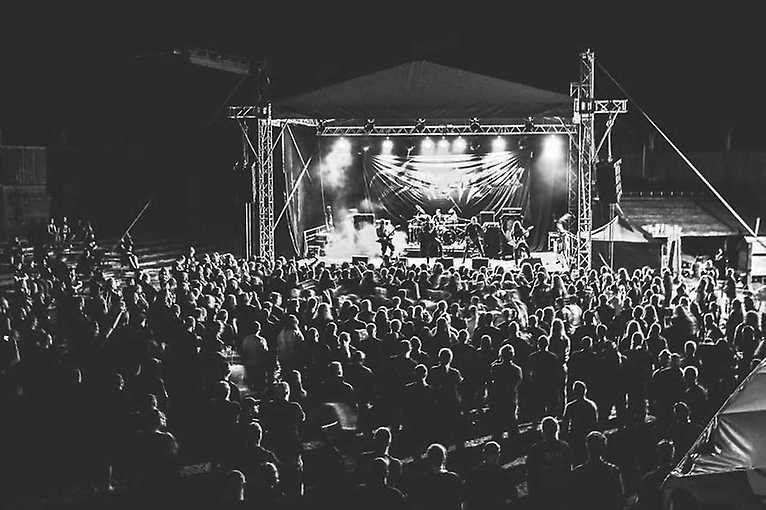 The castle is made of larch wood, stylized as a medieval building which is looked after by the cultural center in Byczyna. The first stake for its construction was placed in September 2005. Exactly two years later, several thousand tourists from eight countries could for the first time enter the gate tower to participate in the international opening of the building. The idea to build this first, all-year-round, historical wooden facility in Poland was born during the first Medieval Fair in Byczyna in 2003. It was then that the organizers of this event – the authorities of Byczyna and the Opole Knight Brotherhood – started talks about creating a tourist product related to the knight’s movement in the Byczyna Commune. The city of Zlate Hory and the performers from the Czech Republic Sermirsky Spolek Jesenik were invited to cooperate in these activities. The city is used for many types of events, such as concerts, various workshops, knight tournaments, and festivals.