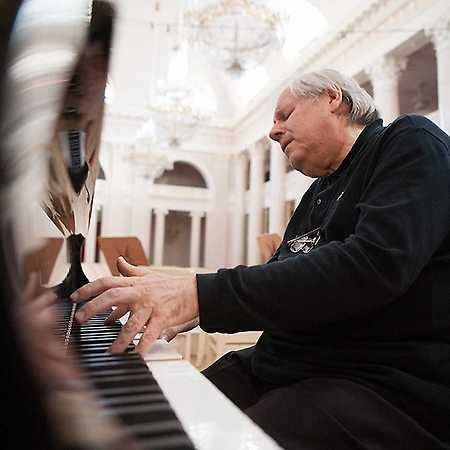 World-renowned Russian pianist. He learned to play the piano from the age of five. From 1957, he studied at the Leningrad Conservatory. One of his teachers was Emil Gilels. Until the 1980s, he performed mainly in the Soviet Union. His international career began. He regularly performs at philharmonics in London, New York, Amsterdam, Vienna, Montreal, Milan, and Moscow. His repertoire includes works such as Robert Schumann, Fryderyk Chopin, Johann Sebastian Bach, Johannes Brahms, Sergey Rachmaninov, Franz Schubert, Joseph Haydn, Alexander Scriabin and Wolfgang Amadeus Mozart.