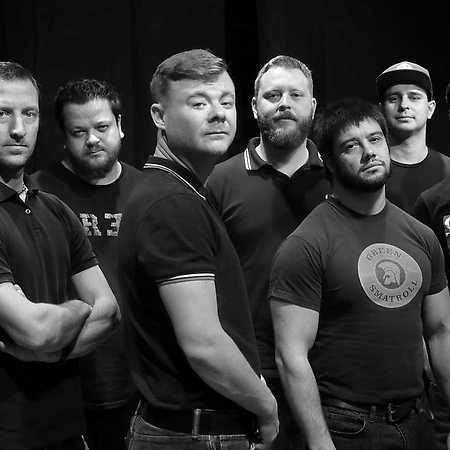 Green Småtroll has been present on the Czech music scene for ten years. Their discography contains three records the latest of which, Rude Jazz, won them an Anděl award in the ska & reggae category 2009. The band has been playing in the current lineup since 2007: Filip Kaňkovský – vocals, Adam Andres – guitar, Milan Krajíc – percussion, Tomáš Kolafa – trumpet, Filip Kučera – alto saxophone, Zbyněk Polívka – tenor saxophone and Štěpán Janoušek – trombone. Green Småtroll perform in festivals and clubs all over the Czech Republic and their program certainly is a busy one. The band visited France, Belgium and Germany in 2009. The Småtroll is an active participant in Good Night White Pride projects.