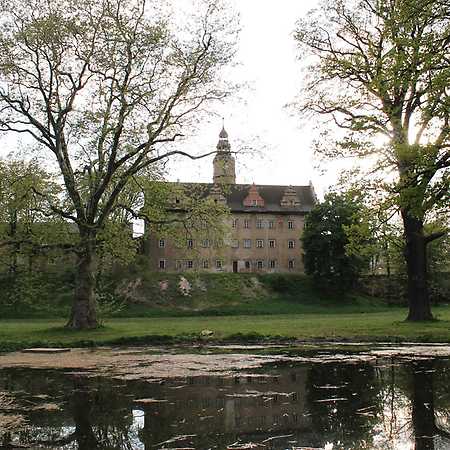 Grafenort Castle (Ger., Schloß Grafenort (or Schloss Grafenort); Pol., Pałac Gorzanów) is a (former) stately residence in the Kłodzko Land of the Lower Silesia. A sixteenth-century German foundation, it has been in the hands of the von Herberstein family of Grafs or Counts (the Grafen von Herberstein) since the second half of the seventeenth century until 1930 — hence its name, and one of the former names of the village in which it is situated.