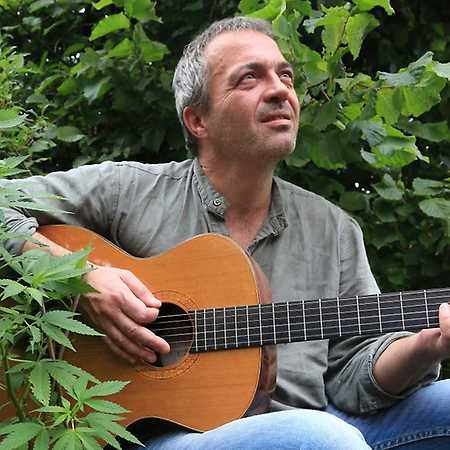 Götz Widman is a German Singer-/Songwriter. Originally he was in the duo Joint Venture with his friend Martin ‘Kleinti’ Simon from 1993 – 2000. Since the duo called it quits, Widmann has been active as a solo artist. His songs are satirical and funny at the same time, they revolve around everyday topics, politics, sexuality, alcohol and hashish. His first solo album Zeit was released in 2004. Most of the time he just plays the guitar to accompany his singing. However, when recording his album Habt euch lieb,which was released in 2006, he used an entire band to play the songs. In recent years Widmann continued to release albums and regularly tours through Germany, Switzerland and Austria. His live concerts are usually played solo and without a setlist. Typically it is a new mix of new and old songs every night.