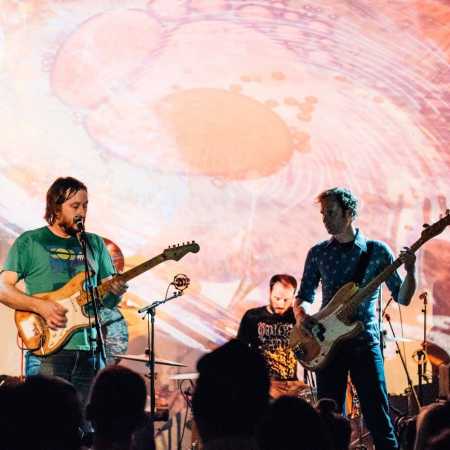 The members of Golden Void have been connected musically off and on since they were teenagers. After playing in various bands together and apart throughout high school and the intervening years, Isaiah Mitchell (guitar/vocals, also of Earthless), Aaron Morgan (bass), and Justin Pinkerton (drums) coalesced as Golden Void after Mitchell’s move to the Bay Area in 2009. When the group realized they needed a keyboard player, Camilla Saufly-Mitchell joined the band.