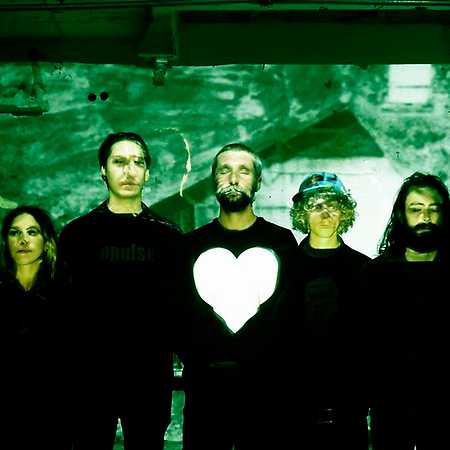 Gnod is a band that is constantly changing his identity. Members of the band throws their roles, go and come as they please. Anyone who was lucky enough to see live Gnod, confirms their absolute power over the audience during performances. It is not unusual that you have inadvertently found themselves in a band just by being in the same place. Normal line of demarcation between band and audience are often ignored. You describe your music as rhythm, drone & psychedelic noise collective, often recalls the good old music of the Butthole Surfers.