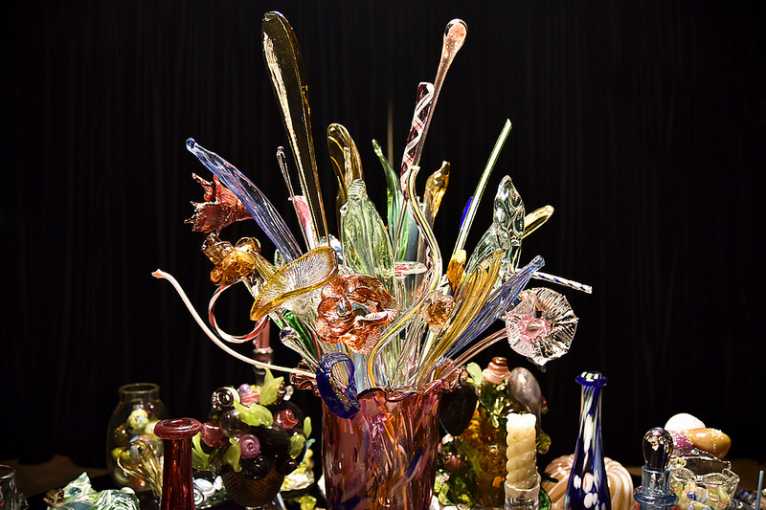 In the second half of the 20th century, the rich history of glass-making lasting several thousands of years was followed by a new field of art, so called studio glass. Out of the glass material, works comparable to today’s painting and sculpture started to emerge. The centre of its development was the former Czechoslovakia and the names of such personages like Stanislav Libenský and Jaroslava Brychtová, Miluše and René Roubíček, Václav Cigler, Vladimír Kopecký, Jiří Harcuba, František Vízner and others started to be discussed with respect by the entire the glass world. Therefore in 2017, Museum Kampa together with the district of Prague 5 proposed to create a new institution that was missing in the capital at that time – a museum of glass art.

The way the art by renowned glassmakers is arranged enhances the baroque atmosphere of the Portheimka Summer Palace. The exhibition helps the visitor get into the mood and feel how the rooms were originally used for representation, invigorating the soul, amusement and as delight for the eyes. The rooms were named the Chapel, the Banquet Hall, the Marble Hall, the Landscape, the Study and the Theatre.