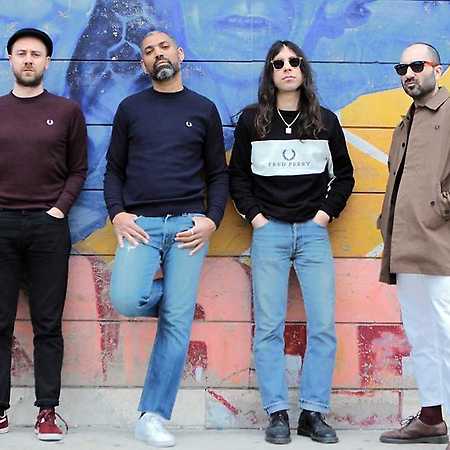 Giuda is a five-piece band from Rome, Italy.
They play a mix of anthemic '70s rock hooks delivered with the force of early UK punk, all interpreted in a contemporary and original way with relevance for today’s listener.

They debuted with the album Racey Roller (2010) and quickly became an underground sensation. The album was highly praised by publications as diverse as Mojo, The Guardian, Uncut, Rolling Stone, Vice (album of the year) and Maximum Rock’n’Roll.

From their debut album release up until the present day, the band has completed several European tours and five USA/North American tours, playing around 400 gigs in total, including appearances at many major festivals such as Rebellion (Blackpool, UK), PunkRock Bowling (Las Vegas, USA) and Hell Fest (France).