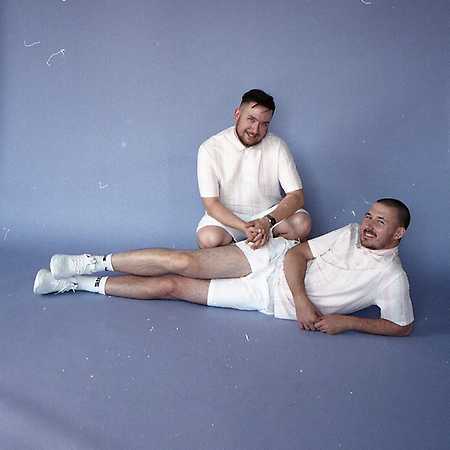 Warsaw-Cracow duo consisting of Syzyf HGW (rap) and Dicky Bushman (production). Syzyf HGW, also known as Legendary Afrojax, is a character described at various stages of his career as the Polish GG Allin and the Polish Bob Dylan. Rapper, poet and performer. He writes lyrics that bring hot tears and gives concerts that bring you to the edge of cognition. Dicky Bushman, also known as Synthezaur, is a jazzman fascinated with electronics and rap, a respected pianist, a certified Ableton teacher. A collector of synthesizers and both female and male hearts. He plays all instruments and sings with his characteristic falsetto. Together they create a hybrid of madness and experience, turpitude and professionalism, fiction and mathematics. On 24 May 2021, their debut, self-titled album was released.