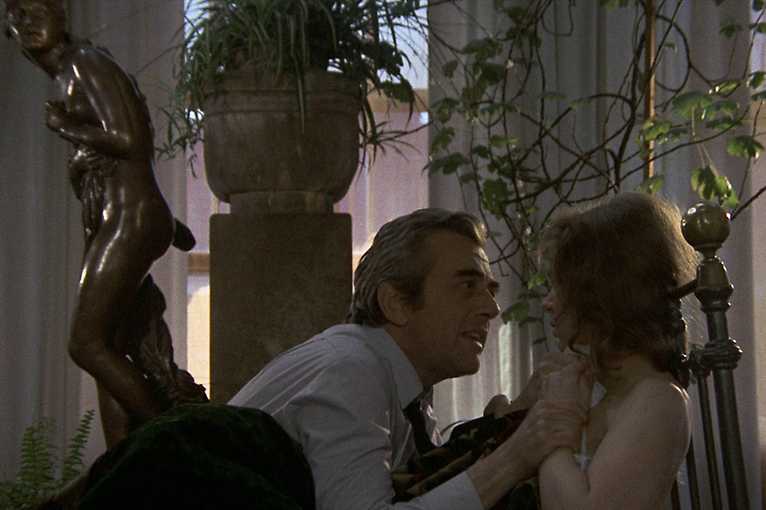 Lecture by Miłosz Stelmach and screening of film „How Far Away, How Near” as part of „Every Film is a Ghost Story” film review.

In Polish cinema, ghosts, phantoms and spectres appear rather sporadically. 1970s and 80s were an exceptional era when different kinds of ghosts began to manifest quite unexpectedly to Polish viewers in works such as The Hourglass Sanatorium by Wojciech Jerzy Has, The Wedding by Andrzej Wajda, or No End by Krzysztof Kieślowski. Tadeusz Konwicki, an author who was particularly sensitive to phantasmal figures and narratives, both in his novels and films showed a coexistence of what is dead or past (people, places, feelings) with the present. As Maria Janion stated in her book Projekt krytyki fantazmatycznej. Szkice o egzystencjach ludzi i duchów [The Project of Phantasmatic Criticism. Sketches on the existence of people and ghosts], Konwicki always wanted to commune with ghosts. His protagonists show the same mediumistic sensitivity as himself. The actual thought tissue of Konwicki’s novel is the idea of ​​coexistence with the dead, the main idea of Polish Romanticism according to Mickiewicz as the author of Forefathers' Eve [Dziady]. Therefore, mediumism is, above all, mediumism towards the dead.

One of Konwicki’s best films, How Far Away, How Near (1971), will allow us to look at the director’s relations with ghosts. The plot is about personal, oneiric wandering through contemporary Warsaw by the protagonist played by Andrzej Łapicki (a porte-parole of the director), who is confronting his own past. Mixing different time planes and characters of various ontological status, Konwicki’s work is a perfect introduction into the trend evolving in Polish cinema since the early 1970s, in which creating a subjective reality was far more important than the rules of realism. Half a century since its premiere, How Far Away, How Near also poses a question about the phantomic nature of the film medium itself that over the years becomes a ghost repository, as scary and fascinating as a séance.

Miłosz Stelmach – film expert, translator, film critic; editor-in-chief of the magazine Ekrany; lecturer at The Institute of Audiovisual Arts of the Jagiellonian University; author of the book Przeczucie końca. Modernizm, późność i polskie kino [Premonition of the End. Modernism, Lateness, and Polish Cinema].