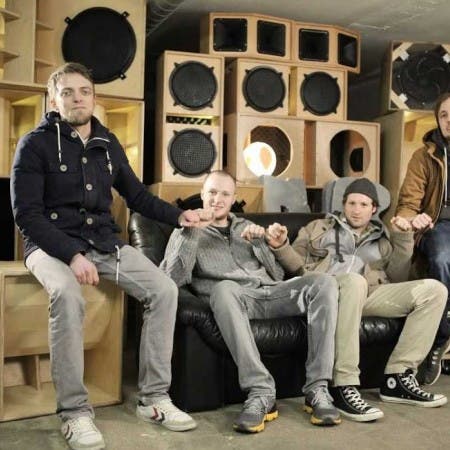 Ganja Riddim Soundsystem is one of the most active sound crews in Germany. Ganja Riddim started in 1998 as a crew of different people who played all kind of underground music. Ganja & riddims were the two things they focused on at that time. In 2002 they realized that Roots & Dub music and especially the sound system culture is their real passion. From there on they tried to invite “real” sound systems with their set and not just “sound systems” as it is meant in the dancehall scene (dj + mc). Through the years the crew members changed but Jan, the leader, carried on pushing the sound forward. In 2004 he linked up with Sebastian, who was also sound system addicted and who built boxes for his Roots Ark Soundsystem.