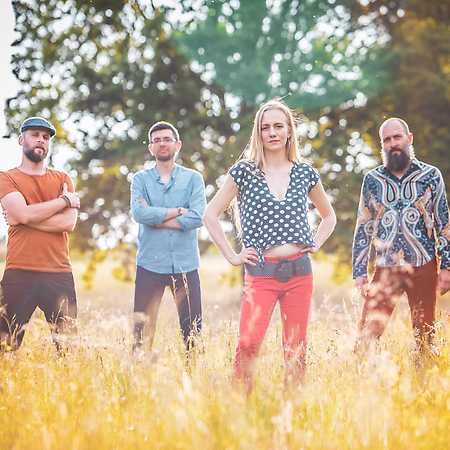 Once strongly associated with the Polish metal doom scene, for several years they has been directing aspirations towards space rock, hard prog or psychedelic rock of the 70s, which is reflected in the reviews of his last two albums. The band is often associated as a mix of Hawkwind, Blues Pills and Budgie. In 2019, with a new drummer, Gallileous recorded new material. The band members' vocabulary has allowed them to create the name Moonsoon. Just as the approaching full moon heralds a variety of moods, and monsoons bring a change from dry and rainy seasons, on the new album you can hear fast and strong songs, space rock hypnotic flights, but also atmospheric ballads. Sonically, Moonsoon refers to the previous album Stereotrip and despite the obvious departure from space, it still invites you to dance with the stars. The album was released on 18.10.2019. released by the Musicom publishing house and promoted by two singles, the title one Moonsoon, in which the heavy guitar sound combined with analogue synthesizer tone, strongly driving rhythm and unique vocals create a powerful sound turmoil, and the extremely eclectic Boom Boom Disco Doom (Kill The Alarm Clock), in which the group, referring to the achievements of such bands as Hawkwind or Kraftwerk, combined elements of space and krautrock, with the pulsating 70s disco rhythm.