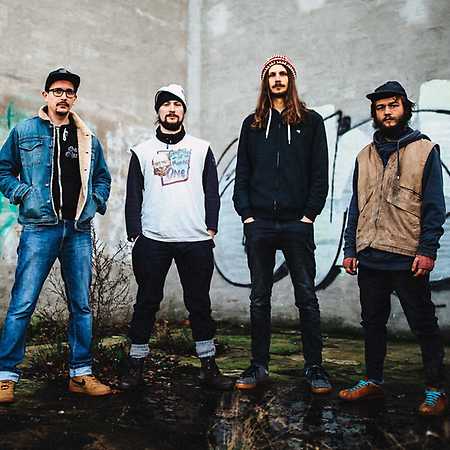 Gaffa Ghandi have been touring in and around Dresden since 2011. They play an original mix of intricate stoner, confused psychedelic, instrumental rapmetal and pseudoprogrock. Live the band presents their heavy sounds and their versatility with an exuberant joy of playing. In 2012, the band released their first demo tape, in 2015 followed the LP Record of Success in self-distribution and in 2016 a split EP with the Tourette Boys (Folter & Strafe, 2016 via Setalight Records). Gaffa Ghandi already had the honor of sharing the stage with Elder, Rotor, Weedpecker, Chaika 21/16, Mars Red Sky, Bulbul, The Grand Astoria and other greats of the scene.