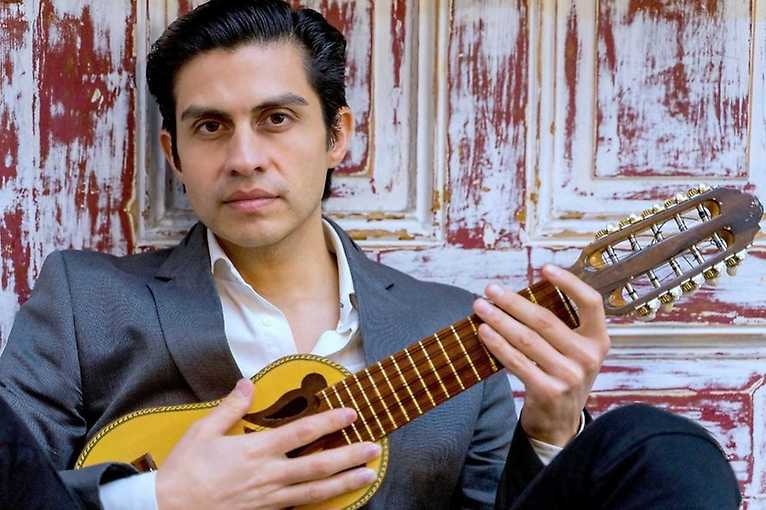 Argentinean songs in styles such as the chacarera, zamba, chamamé, gato.

Gabo Naas was born in Patagonia, Argentina. His musical beginnings were with his father who plays guitar and encouraged Gabo to start singing and to learn traditional songs. Gabo studied in various musical conservatories in Córdoba, Argentina where he developed his unique talent as a multi-instrumentalist. The guitar, voice and saxophone are his main instruments, but he also plays the Bolivian charango, clarinet, violin, bass guitar and bombo
drum. From 2005-2008 he lived in Buenos Aires, where he established himself on the music scene and composed for his Latin Jazz ensemble. For the last eleven years, Gabo has been based in Berlin, where he has led a Latin Jazz quartet, written music for films, and collaborated with a wide range of musicians, among them Cuban and African groups. Most recently, Gabo has decided to focus on his vocal and guitar repertoire, which consists of original arrangements of traditional South American songs, namely Argentinean chacarera, zamba, chamamé, gato, vals, as well as Andean huayno and carnavalito, interpreting these styles in a modern way, without losing the essence of their folk roots. Gabo ́s profound knowledge of the folklore and traditional music of his native Argentina, coupled with his rich musical experience as a multi-instrumentalist, have given his vocal and guitar concept a mature and sophisticated sound. Gabo is currently recording his first solo album.