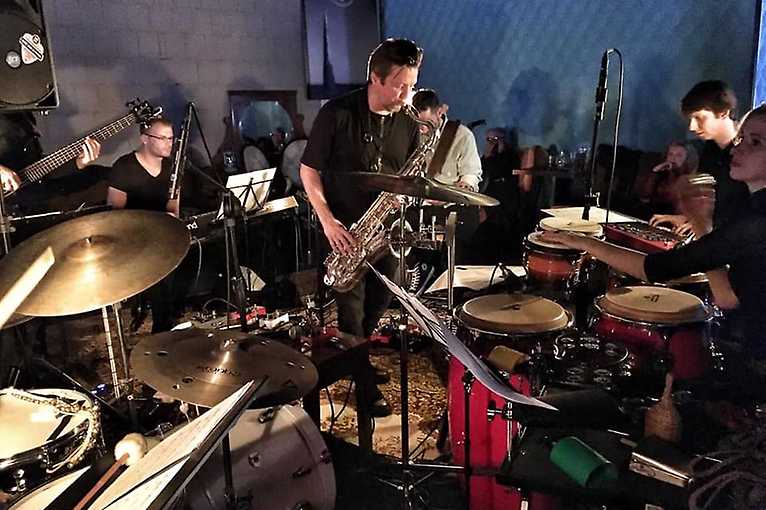 Every Tuesday at the BAR very club there is a concert and jam session as part of the Funk and Soul Party series. These are meetings with musicians, dancers, the always numerous and fantastic audience, and a great warm-up before making music together. The concert will start at 8 p.m. and the jam session at 9 p.m.

During this edition, Nu Fonia will play. For the members of this multi-member collective, “Nu Fonia” represents an unusual challenge to musical and artistic creation in general. It draws on memories, referring to early inspirations with world music, jazz and fusion, but in order to satisfy the need for constant development, it also bases its compositions on new trends in the ether. Nu Fonia brings together the compositions of many members of the collective, but arranges the works together, aiming to create a common, phenomenal sound. It is a play not only of extended instrumentarium, but above all of emotions and non-verbal understanding, which the musicians achieve on stage. It is worth mentioning that the stage and its unusual layout is also the effect of creative idea of the collective members. The core of Nu Fonia is formed by guitarist Paweł Biderman and drummer Tomasz Mądzielewski, who have invited musicians from various artistic environments in Poland to collaborate.