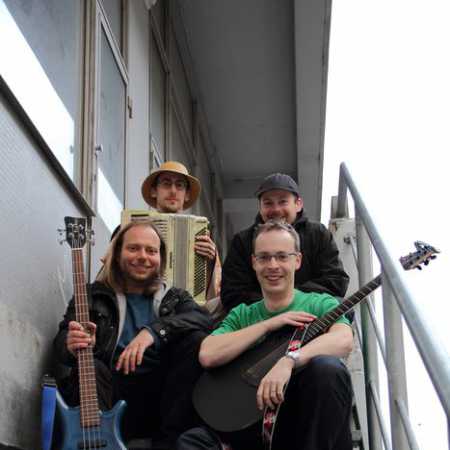 The band was founded in the year 2010 at CERN in Geneva, Lukáš Přibyl and Georgios Choudalakis. When a few jam sessions they still could not find a reasonable intersection of hudení and nechtěje to improvise endlessly, they decided to fold something. Georgios wrote tender and vulgar, simple and complex texts and Luke to up music. With the help of Jirka Rodrigo Kvity on bass and unexpectedly sophisticated metalisty Carlos Ghabrouse on drums, then the report was complete and Frolic. Put an end to the band made the departure of Luke into the country by the end of 2010 and Phase Of a large puddle. In the autumn of 2012 to put Luke, together with Manager, Ondra Váňou, a former partner of the band on the fish and with pianist Vit Horažďovským and neochvejně together are the next crazy concerts Fullerenes, this time in the Czech Republic (and with the support of combat bíci). Fullerenes welcomes you, coming soon in your favorite rat-trap! – Translated by Automatic service