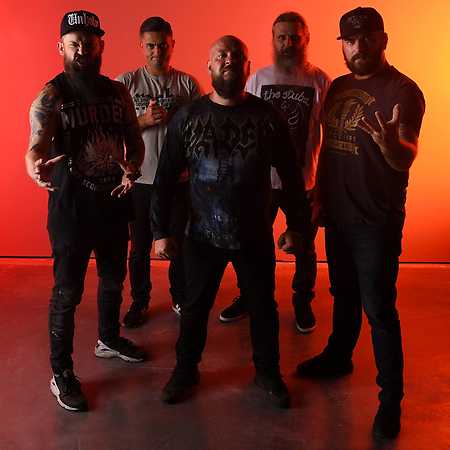 Frontside is a Polish band performing music from the borderland of metal and hardcore, founded in 1993 by Demon and Astka (Sebastian Flasza), after the breakup of their former bands – Dirty Flower and My Life. Initially they performed hardcore, later they turned more towards metalcore and deathcore. Frontside’s latest album, Sprawa jest osobista, released in 2014, is a stylistic departure from metalcore in favour of rock music. In 2003 Frontside was awarded the Fryderyk Award of the Polish phonographic industry for the album I odpuść nam nasze winy. In 2018 the band celebrated their 25th anniversary and celebrated it with a tour with Decapitated, Virgin Snatch and Drown My Day.