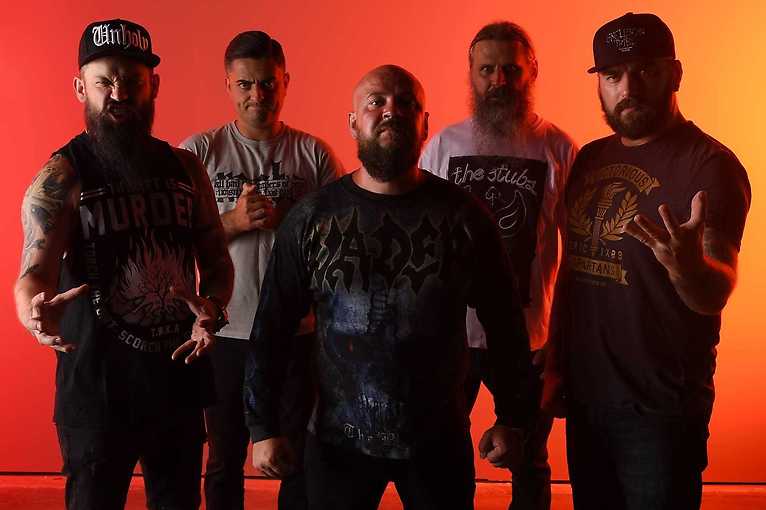 Frontside, Mentor and Host on a joint concert during the Innowiercy Tour 2019.

Frontside is a Polish band performing music from the borderland of metal and hardcore, founded in 1993 by Demon and Astka (Sebastian Flasza), after the breakup of their former bands – Dirty Flower and My Life. Initially they performed hardcore, later they turned more towards metalcore and deathcore. Frontside’s latest album, Sprawa jest osobista, released in 2014, is a stylistic departure from metalcore in favour of rock music. In 2003 Frontside was awarded the Fryderyk Award of the Polish phonographic industry for the album I odpuść nam nasze winy. In 2018 the band celebrated their 25th anniversary and celebrated it with a tour with Decapitated, Virgin Snatch and Drown My Day.

Mentor is an explosive boiler, bubbling with elements of black/thrash metal, hardcore punk and rock’n’roll. Their latest album is a continuation of the idea behind their debut – short, strong and fast. Lyrics about witches, graves, Satan and serial murderers. Rock’n’roll with the devil in the background. Earlier, three quarters of the line-up played more than one European scene with the band Thaw. With Wojtek Kałuża behind the microphone (J. D. Overdrive), the quartet throws a glove to all those who have not experienced primitive animal energy in metal for a long time and artistic experimentation got kind of tedious.

In 2017 in Warsaw, four gentlemen who hide their identity under the guise of saints – St. Xyxtus, St. Evaristus, St. Anacletus and St. Sixtus – decided to start performing in a deathgrind fashion. And also blaspheme under the name Hostia. They also explore various social issues and topics related to war.