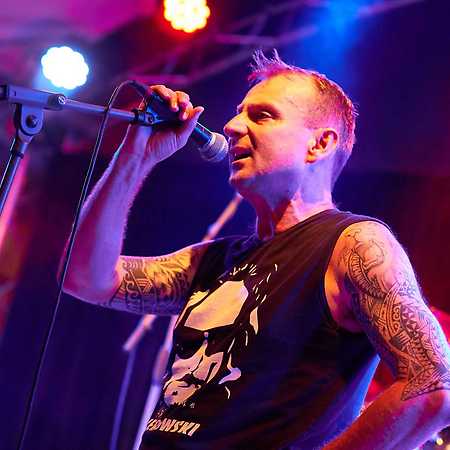 During his tenure played many concerts throughout the Republic and until the year 89 functioned actively. Their performances, leaving a deep furrow in the heart not only of the fans but also the admiration of their performance from fans. From the public concerts Franta Clover recedes and around 1993, the band is no longer actively act publicly. Later, several speakers on the closely guarded classified private events, but to actively performing never returned. Until now. – Translated by Automatic service