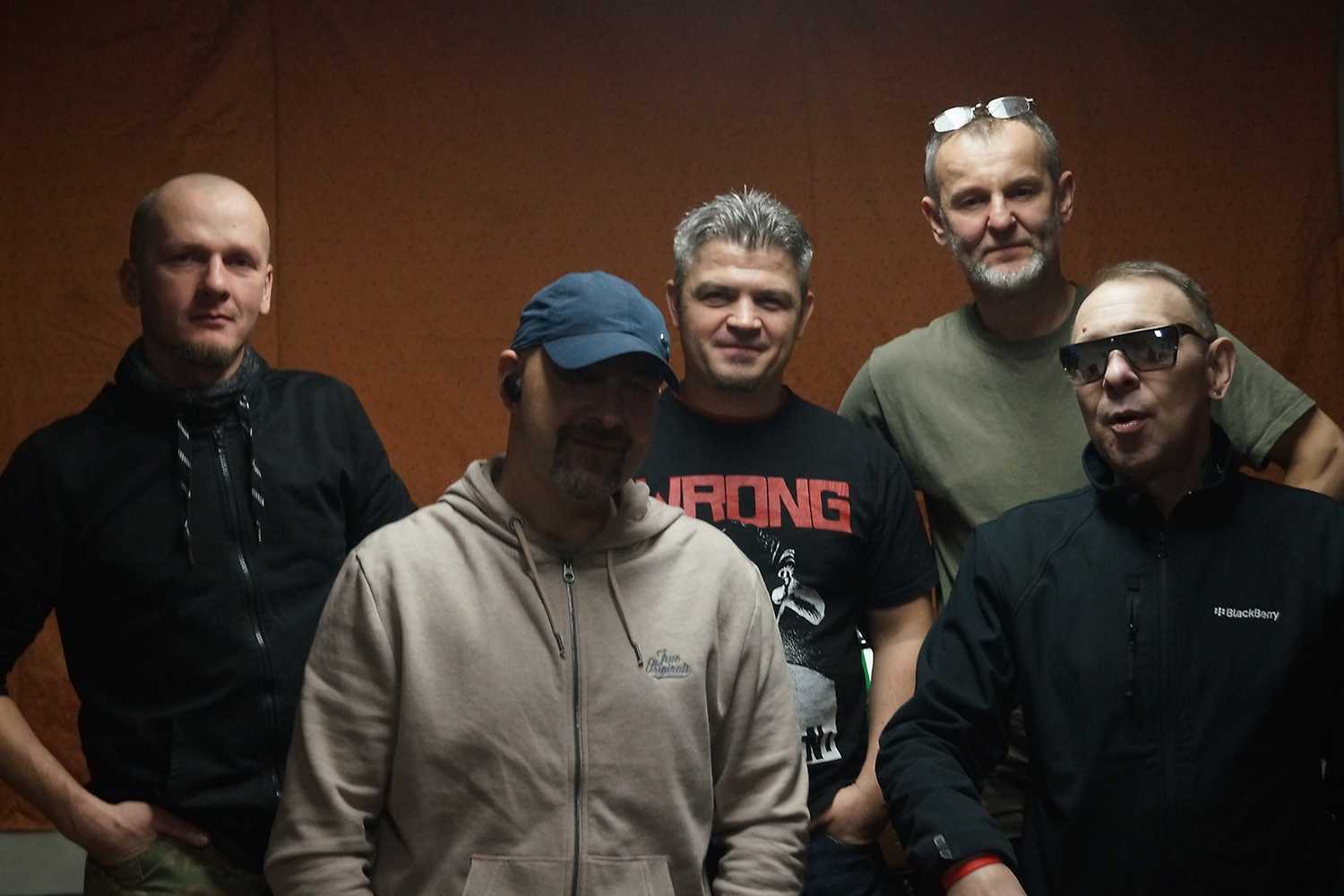 The band Fort BS is a legend of the Polish punk rock scene. The group was formed in 1983 in Jelenia Góra out of fascination with punk rock and new wave music, and in opposition to the greyness and hopelessness of existence in Poland at that time. In 1984, after a few local gigs – led by charismatic vocalist Cichy – the band debuted at Jarocin Festival. At that time, the band was still inspired by the classics of the punk genre, but two years later, it presented a completely new cold wave material created under the influence of Variete from Bydgoszcz. Fort BS also played during Jarocin 85, and a year later they won the festival, and their song Rozhulantyna was on the compilation album Jeszcze młodsza generacja presenting punk-new wave leaders of that period. In 1987, the band played in Jarocin again – although as the winner they did not receive another invitation – they were forced to perform under a different name – Raya. After a few years break, in 1992 Fort BS returned to the stage and released a professional cassette Punk’n’Roll, and a year later the concert material Tutaj jest wszystko inaczej. During this time, the group played a few concerts in Poland (including at the Odjazdy Festival in Katowice’s Spodek and across the western border in Munich at the Rock – Festi). In 1994 Fort BS released their third cassette Hooligans and again played at the Jarocin Festival among others. 2015 the band started by promoting a new acoustic album.

In addition to Fort BS, Kwatera C2 and Bifor will also play.Kwatera C2 plays a huge charge of energy locked in a Californian punk rock. The band’s main activity took place between 2009 and 2014, during which time they won several awards for their work, such as: 1st place at Ost-Rock Underground Fest, 1st place at the Wielkopolska review Młodzi mają głos in Czarnków, audience award at the My Band competition in Warsaw, 2nd place during the final concert of Przestrzeń Muzyki Live in Łódź, 2nd place at the Browar Rock Festival competition, audience award at Browar Rock Festival. Apart from that, the band has played many concerts all over Poland and released an album entitled Tak Wyszło. Tak Wyszło, which received many positive reviews, among others in the magazine Top Guitar. After a tour to promote the album, which ended in 2014, the band suspended activities until 2021. Bifor, or Band Integrujący Fanów Ostrych Riffów, is a band from Trzcianka playing punk rock.